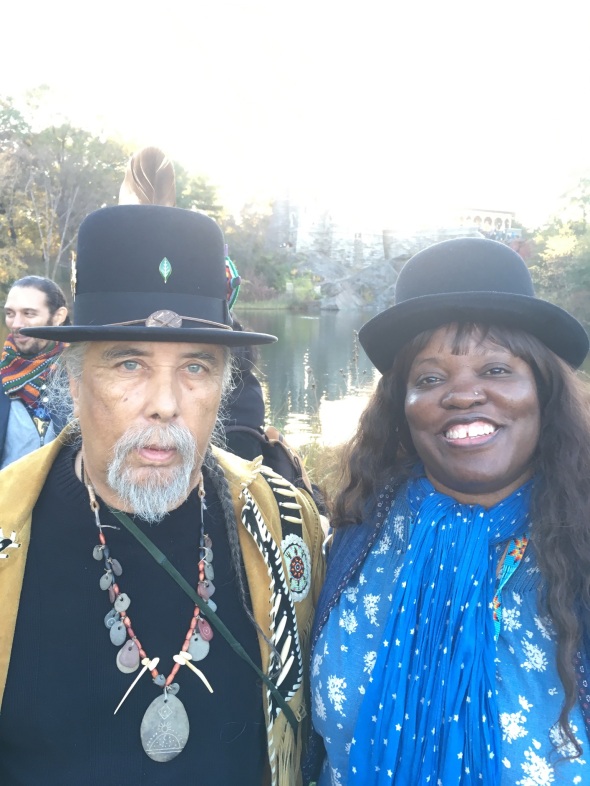 It’s a great day to be indigenous, Sisters & Brothers! Leaving out anon to march Manahata along the Lenape trail Wickquasgeck, with my friends & fellow activists of the Eagle & Condor Community Center — we all stand with Standing Rock. This is my fight song…well, theme music for the Trail, anyroad; was singing this, “Broken Arrow” by my favorite band Buffalo Springfield, last Friday night acapella with filmmaker Jonathan Demme who’s a fellow Neil Young stan, after our #ProjectAmericana performance @ Symphony Space.

Thinking of the Missouri River (with “O Shenandoah” also echoing in my Soul) via these lyrics:

Did you see them in the river?
They were there to wave to you
Could you tell that the empty quivered
Brown skinned Indian on the banks
That were crowded and narrow
Held a broken arrow?

Today, I shall be singing freedom songs all the way from Columbus Circle to Shorakapok. We will be holding a water ceremony, after a stop at the Indian Caves of Inwood Hill. Stay tuned for my report. Rocking my mocs on out the door…! >>>>>>>—–))—>