Google Translation from the original Dutch:

With Kandia Crazy Horse you get a new country rock artist, with a clear goal. “Stampede” is her first major musical project and it is impressive. Kandia is convincing as a singer-songwriter, her songs sound warm and tell stories. This is music that can help quickly transform a cold evening into a warm one with its ambiance. You will be spending quality time with music by Kandia Crazy Horse!

So if you want to hear an interesting artist who has some talent, check this album out, but if you’re looking to hear some contemporary Nashville country-pop, look elsewhere. — Rick Moore

The American Show by Jay -Playlist

Flashback from my prior career: “To remember the soul genius, who jumped to his death 35 years ago this month, here’s a piece that singer-songwriter Kandia Crazy Horse wrote in 1999 – from Rock’s Backpages”: Donny Hathaway: A Soul Man Who Departed Too Soon

The first single from Stampede, “California”, was released with a music video and is being received with enthusiasm by critics. — Dan Harr

“It’s a record full of nods to classic folk, country, and blues. Invoking artists as far ranging as Merle Haggard, Stephen Stills, and even a little Marvin Gaye (on the unexpected genre-mashup “Soul Yodel”). But by and large, this is an album determined to defy the de facto color line and break into the country mainstream…”  — Nathan Leigh for Sound Check 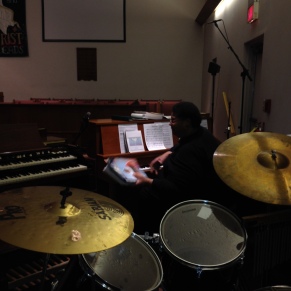 Me & my littlest Stampede fan, Kira, after singing Negro spirituals etc in the Circle

Even though I am on vacation, still hard at work writing new cowgirl songs. #ontheroad 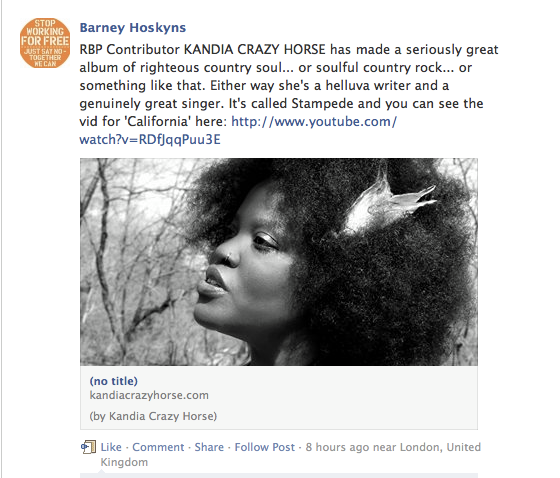 Kandia Crazy Horse – Stampede
Bluebilly Records – BBL-000-001
With few exceptions, country music and Americana are not known as a providence often trod by African-American musicians and artists. Kandia Crazy Horse is on her way to changing that perception with this wondrous debut. To avoid becoming a Nashville stereotype, the first throaty and fervent strains of “California” actually bring the country side of Janis Joplin to mind. “Congo Square” has a toe-tapping hooky quality with a soulful power to the vocal work. “Gunfight At The Golden Corral” smacks of old time two-stepping honky tonk, complete with home-spun humorous lyrics. The aptly titled “Americana” is a minimalist acoustic track where Kandia further displays the vibrance and controlled emotion of her wonderful voice. If this CD seemed gimmicky, that would be one thing, but it is anything but. This is music created by a lady with a very high level of… 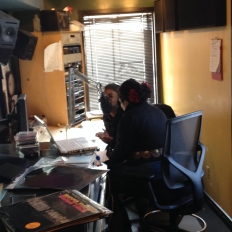 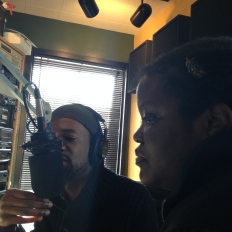 “As far as Americana goes, this writer is always looking for something new to love and adore. So when the latest song from relative unknown Kandia Crazy Horse slid its way into the inbox, this guy was pretty excited. Then the song played and hot damn, this is a name to keep an eye on. Equal parts Southern gospel, soul, blues and Americana, “California” is an enveloping, intoxicating and arresting array of first-rate songwriting, effortless vocals and some of the best five minutes of Americana this writer has heard this year from someone not named Isbell or Fulks.”

Kandia and Duane Harriott at WMFU